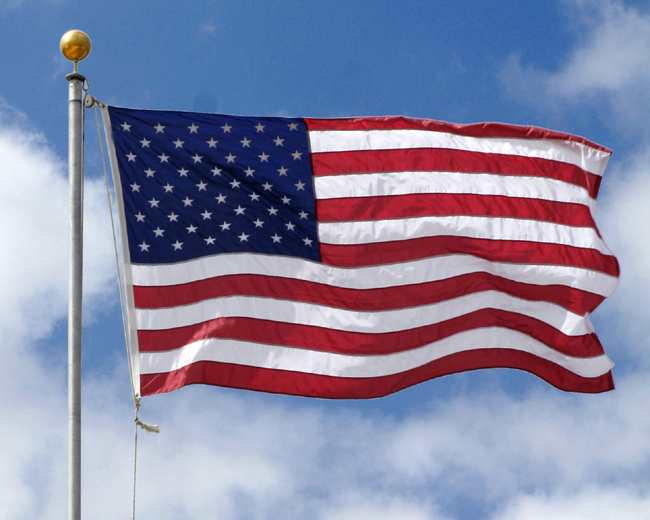 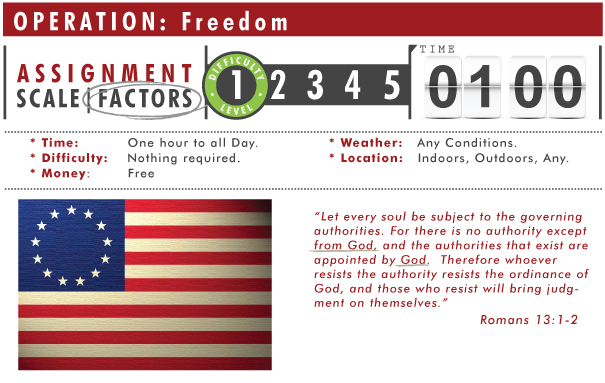 In Romans 13 we read, “Let every soul be subject to the governing authorities. For there is no authority except from God, and the authorities that exist are appointed by God”.

Our Country, The United States of America, is run by appointed authority, and Yes! It is appointed by God. (Like it or Not).  There are two governing authorities in our lives.  Our appointed government determines what is right and what is wrong when it has to do with the governing laws of the land and God who is our authority over all things. When Paul was writing this letter to the churches in Rome, he was telling the early Christians to respect authority, submit to its laws, and do good.

Back to our country…  The one thing that represents our freedom more than anything else, well other than the Cross, is the American Flag.  “Old Glory”, it’s white stars set in a field of Blue, and the 13 Stripes of Red and White.  In this Operation we will learn more about the flag, how to display it, store it, respect it, fold it, and dispose of it.

On June 14, 1777 congress passed the first Flag Act to establish a symbol for our nation.  It stated, “That the flag of the United States be made of thirteen stripes, alternate red and white; that the union be thirteen stars, white in a blue field, representing a new Constellation”. Today the flag consists of thirteen horizontal stripes, seven red alternating with 6 white. The stripes represent the original 13 colonies, the stars represent the 50 states of the Union. The colors of the flag are symbolic as well: Red symbolizes Hardiness and Valor, White symbolizes Purity and Innocence and Blue represents Vigilance, Perseverance and Justice. 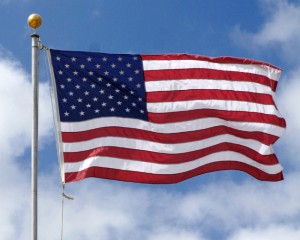 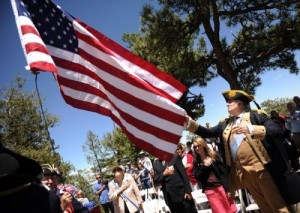 Conduct during hoisting, lowering or passing of flag

During the ceremony of hoisting or lowering the flag or when the flag is passing in a parade or in review, all persons present in uniform should render the military salute. Members of the Armed Forces and veterans who are present but not in uniform may render the military salute. All other persons present should face the flag and stand at attention with their right hand over the heart, or if applicable, remove their headdress with their right hand and hold it at the left shoulder, the hand being over the heart. Citizens of other countries present should stand at attention. All such conduct toward the flag in a moving column should be rendered at the moment the flag passes.

Raising and Lowering the Flag

The flag should be raised briskly and lowered slowly and ceremoniously. Ordinarily it should be displayed only between sunrise and sunset. It should be illuminated if displayed at night.
The flag of the United States of America is saluted as it is hoisted and lowered. The salute is held until the flag is unsnapped from the halyard or through the last note of music, whichever is the longest.

The Flag in Mourning

The flag is to be flown at half-staff in mourning for designated, principal government leaders and upon presidential or gubernatorial order.

When used to cover a casket, the flag should be placed with the union at the head and over the left shoulder. It should not be lowered into the grave. 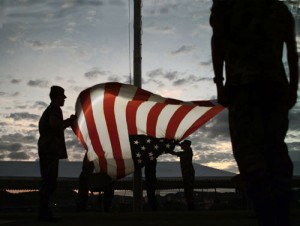 Fold the flag in half width-wise twice. If done by two, then the blue field should be facing the bottom on the first fold. Fold up a triangle, starting at the striped end … and repeat … until only the end of the union is exposed. Then fold down the square into a triangle and tuck inside the folds.

The following is a non-official flag folding ceremony that represents the same religious principles on which our country was originally founded. The portion of the flag denoting honor is the canton of blue containing the stars representing the states our veterans served in uniform. The canton field of blue dresses from left to right and is inverted when draped as a pall on a casket of a veteran who has served our country in uniform.

In the Armed Forces of the United States, at the ceremony of retreat the flag is lowered, folded in a triangle fold and kept under watch throughout the night as a tribute to our nation’s honored dead. The next morning it is brought out and, at the ceremony of reveille, run aloft as a symbol of our belief in the resurrection of the body.

(Wait for the Honor Guard or Flag Detail to unravel and fold the flag into a quarter fold–resume reading when Honor Guard is standing ready.)

The best way to dispose of a flag is to give to one of the following organizations:

But remember, there is nothing wrong with keeping an old tattered flag.  It represents the time that it was in service.  It just does not need to be flown in that condition.

Now that you have learned more about the flag, what does it mean to you?

How does its construction, color, and symbolism relate to Jesus?

Paul went on in Romans 13 to say to, ”Render therefore to all their due: taxes to whom taxes are due, customs to whom customs, fear to whom fear, honor to whom honor.”

Lets be sure to exemplify this as a Christian.  Obey laws, respect authority, and honor those who deserve honor. 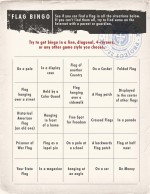